Biography: I was born in California, raised in Minnesota and Alaska. At age 24, I moved to San Francisco. In 2012, I moved to Newport. I am a full-time Vermont resident who never learned to drive a car; I promised Ray Bradbury I never would.

I paint and draw. I have done so since since I was child. I also write, compose orchestral music, and sing a bit (a bit loudly, anyway). In the last decade, I have begun making films including a documentary film about the composer-conductor, Wilhelm Furtwängler. I draw, illustrate, and paint more than anything else

The website where some of my photos and film work may be seen:
https://winterjourney.tumblr.com/ 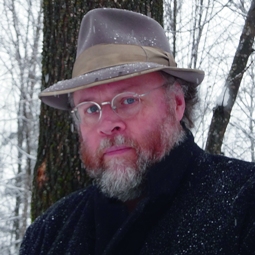