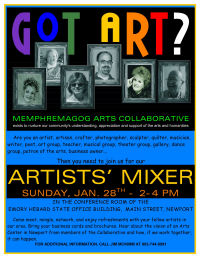 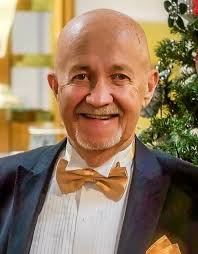 MAC was conceived in 2006 through a collaborative effort of several visionary people, who met with founding member Jim McKim after he suggested starting a gallery for the Arts. The first few meetings were held in the Parish House of St. Mark’s Episcopal Church in Newport, where Jim was the Minister of Music.

As  initial plans developed and the group grew larger, the first community information and planning meeting, entitled “GOT ART?”, was held at the Emory Hebard State Office Building Community Room in January of 2007. Artists and members of the community-at-large were invited to the meeting; feedback was gleaned from the public and got the ball rolling.

It was believed from the start that “art” should include all the Arts. This initial group included painters, sculptors, musicians, videographers, handcrafters, theater people, and more. Even though there were skeptics who thought it couldn’t be done, the vision and determination remained strong, and MAC was already well on its way to becoming a successful Arts organization.

The first official charter was drawn up with a Board of Directors. Ann Volatile was the Treasurer and Lynn Leimer-Flint was the Secretary. By this point, a grant from the Vermont Community Foundation had been received, and it was decided to rent the storefront at 167 Main Street in downtown Newport. MAC Center for the Arts formally opened at 167 Main Street with a grand reception on November 17, 2007.  Governor and Mrs. Jim Douglas were present and cut the ribbon along with the Board of Directors. Over 150 people attended.

MAC continued to grow at this location as members worked hard to promote MAC in any way possible. There were Friday night art displays at the Gateway Center on the Waterfront, a “Mardi Gras” fundraiser, and much more. Jim’s gifted window-dressing skills brought the whole store to life and drew people in.

When the 167 Main St location became too small, MAC temporarily moved to a shared space in the J.J. Newbury building across the street. However, MAC was still growing, and just before its third anniversary moved into the present location 158 Main Street in Newport.

This short story of the beginning of MAC certainly doesn’t tell of all the hard work, heartache and dedication that made MAC possible, as well as all the smiles, laughter, and friendship. Jim McKimm is fondly remembered as a strong driving force, as well as the glue that held things together, both in the early days and through the years. Jim’s legacy lives on through the fact that MAC continues to thrive to this day, with an ever-growing and active membership, a vibrant storefront and Gallery which successfully generates the revenue to maintain and continue the organization, and a Mission is to nurture our community’s understanding, appreciation and support of the arts, cultural heritage, and humanities.