Jerry Johnson lives on a farm in northern Vermont. The stimulus for much of the poet’s work stems from the natural beauty of this Vermont locale. He is a retired professor from Fitchburg State University in Massachusetts where he was a finalist for the school’s excellence in teaching award. He taught for 29 years at the middle school, high school and college levels. In addition, he has been a civil engineer, tennis pro, carpenter, artist, freelance writer and editor. Jerry is a graduate of the University of Massachusetts in Amherst, where he was honored with the Eastern College Athletic Conference Award as the school’s top student-athlete.

In Up the Creek Without a Saddle, Jerry Johnson has created a universal memoir of life experiences. Animals, the natural world around us, people, first loves, loss, joy, and so much more breathes in his poetry full of treasured images. The words portray life on many levels, the images stay with you, and there is a feeling of kinship with what is described. It is a joy to read this book, and to give it as a gift to others that will be treasured forever.

A dream of Jerry’s was fulfilled when Vermont’s legendary master musicians, Jon Gailmor and Pete Sutherland, took 16 of his book’s 99 poems and set them to music. A beautiful CD of their songs comes with the book for FREE. It is Jerry’s gift back to Vermont, those who love the Green Mountain State, and people anywhere who love the natural world.

Up the Creek Without a Saddle and its CD have been applauded by several celebrated authors, including Howard Frank Mosher, Sydney Lea (Vermont Poet Laureate), Peggy Sapphire and John Fusco.

For more information on Jerry Johnson and his book: www.vtpoet.com 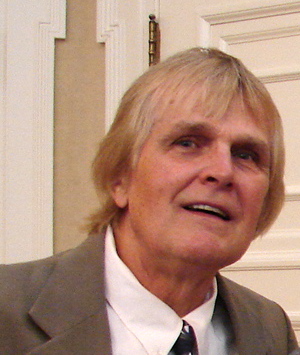 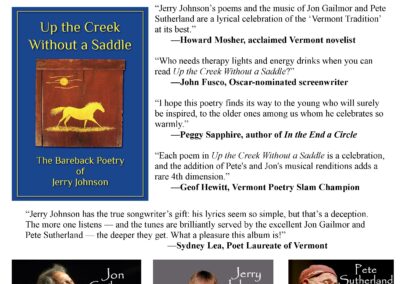 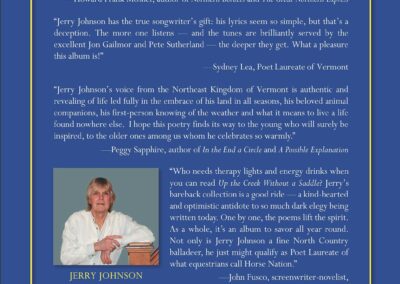 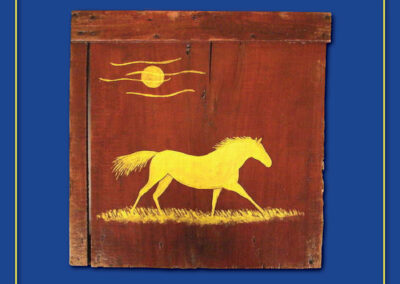